NOBODY UNDERSTANDS THE SCIENCE OF BUILDING BETTER THAN ATTICWISE. WE PROVIDE DENVER WITH ENERGY ASSESSMENTS, REFLECTIVE AND BLOWN-IN INSULATION FOR EXISTING HOMES, REMODELS, NEW BUILDS, AND MULTI-FAMILY COMPLEXES.

However, they fall short of eShield™ when it comes to E-value, which measures radiant heat transfer, the main source of lost heat in homes. By coupling eShield™ with existing home insulation, you can create a complete solution to all types of heat transfer. 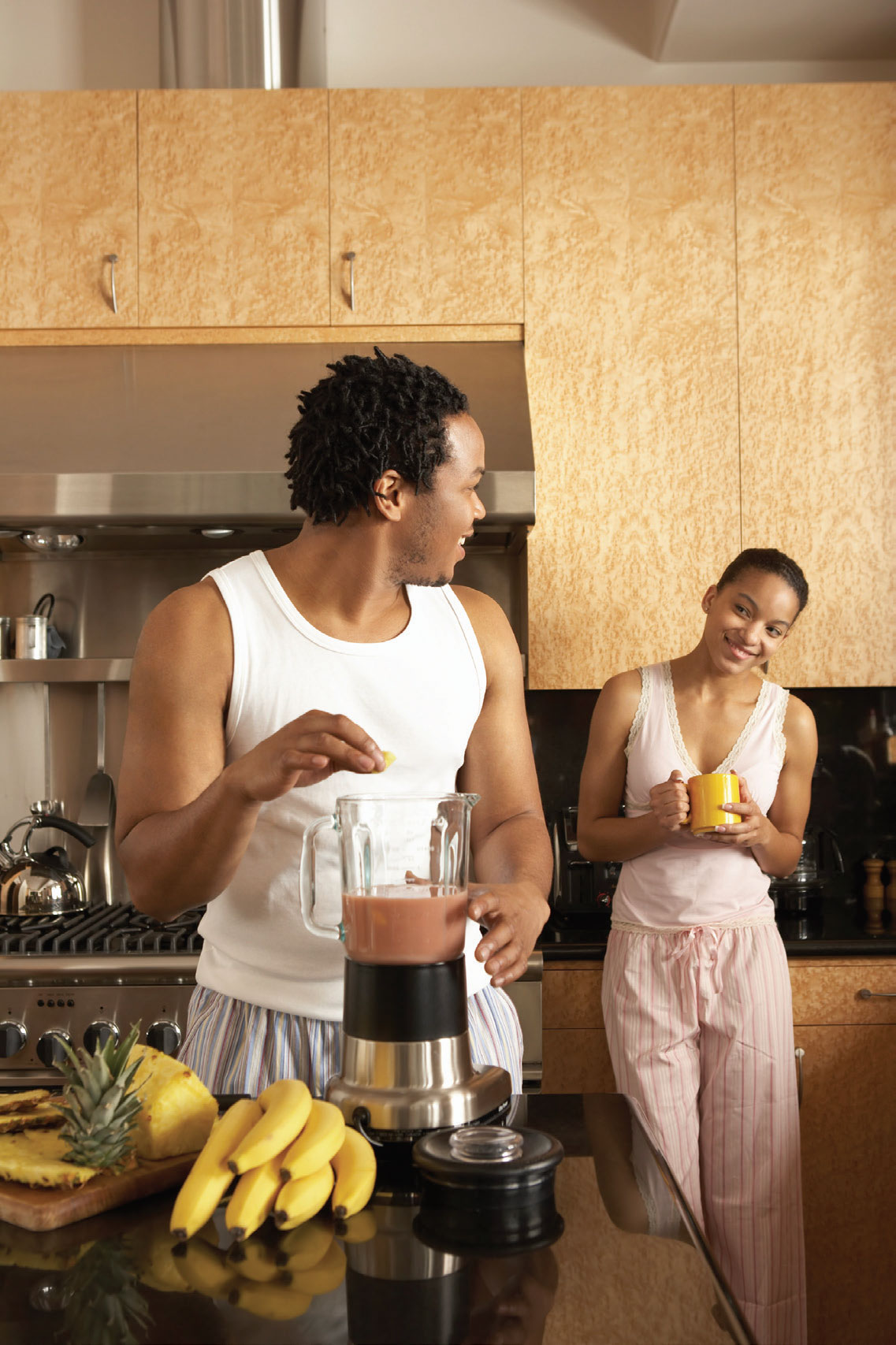 More moderate attic temperatures means less load on attic insulation, which results in lower ceiling temperatures in summer (and higher in winter). This directly results in more comfortable living spaces regardless of the temperature setting on your thermostat. This is achieved by reducing fluctuations in mean radiant temperature.

Just like windows and walls that get direct sun are always warmer, if warm surfaces are radiating heat onto your skin, your body can’t cool down and you set the thermostat lower. Ideally, you want your walls and ceiling to be a few degrees warmer than your skin during the winter and a few degrees cooler in the summer.

eShield™ reduces ceiling heat flux by as much as 60%*

In the summer, the heat from the roof emits down through the attic into the living space. When eShield™ radiant barrier is installed in the attic, the infrared heat is reflected out before it can penetrate any further, reducing the temperature of the attic by as much as 30 degrees F.

eShield™ radiant barrier works best in the summer, but it also helps during the winter. The heat generated inside the living space needs to be prevented from escaping, especially at night when the temperatures drop the most.

As heat conducts to the drywall and attic insulation, the mass of those objects store and re-emit the heat in the form of infrared energy. eShield™ is the best solution because only a radiant barrier can reflect 97% of the infrared heat without losing its reflectivity over time. 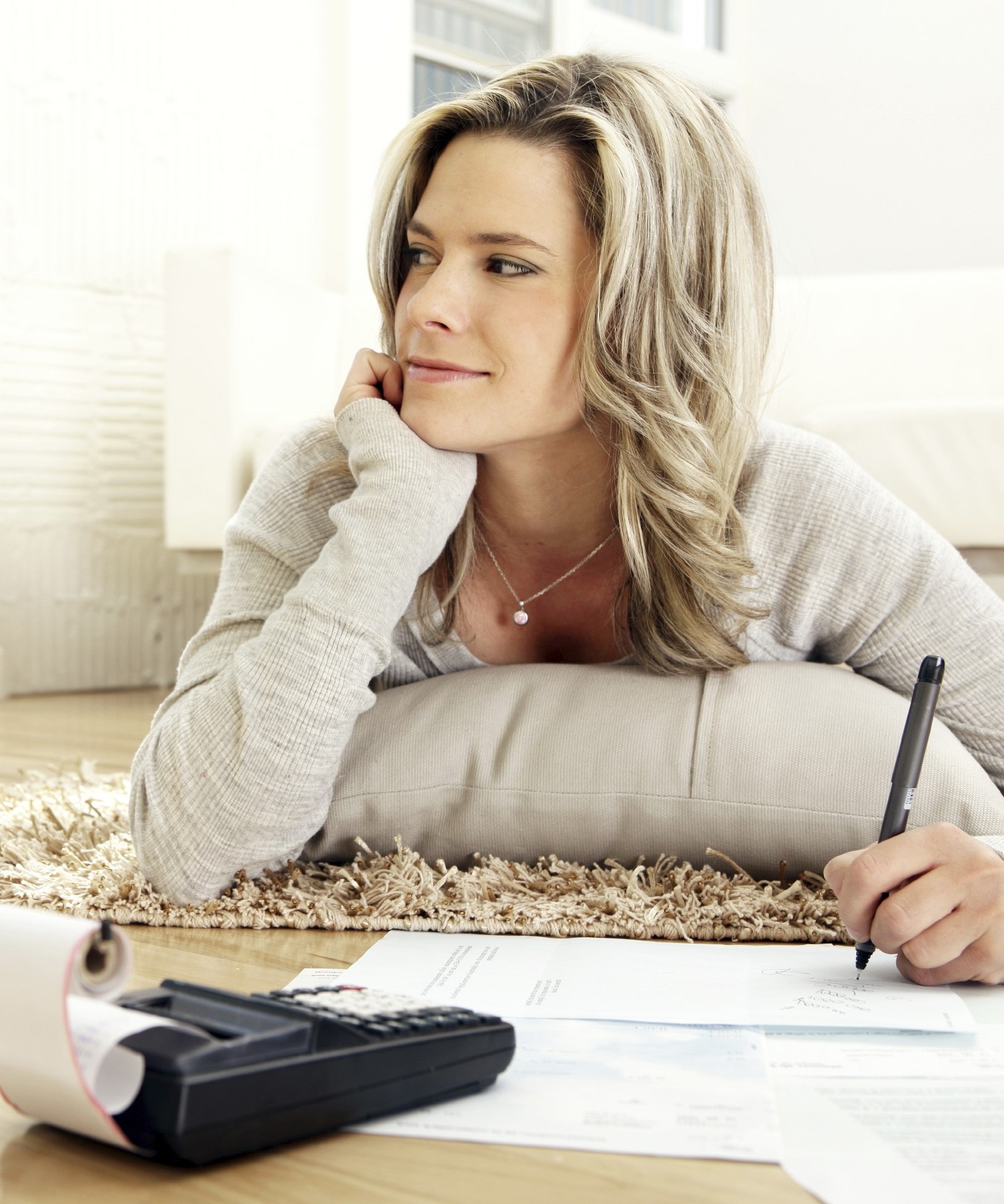 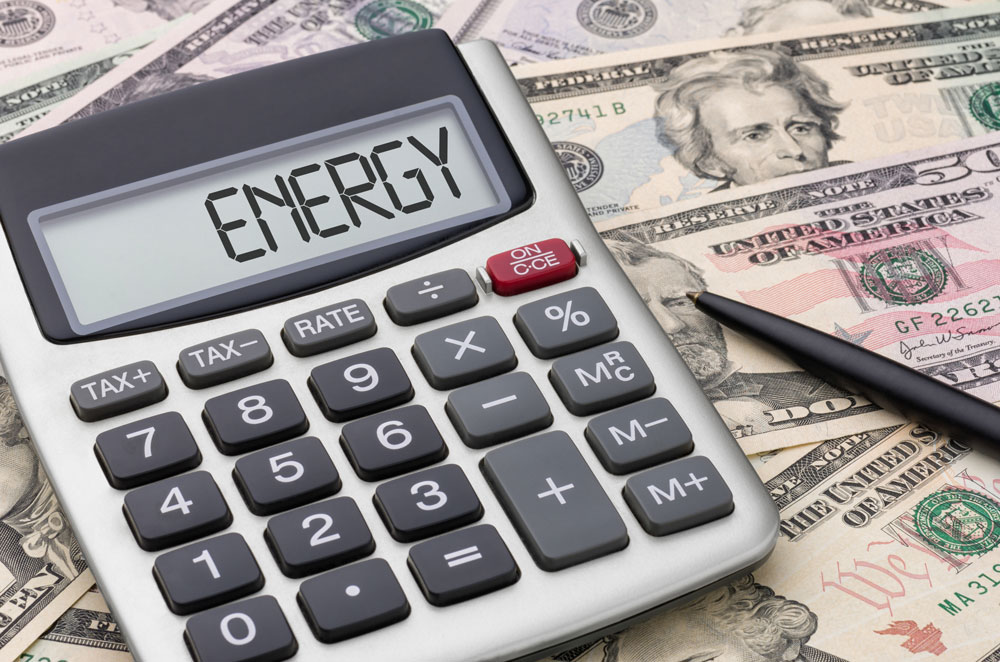 There are inherently three primary ways a house loses/gains heat:

More moderate attic temperatures means less load on attic insulation, which results in lower ceiling temperatures in summer (and higher in winter). This directly results in more comfortable living spaces regardless of the temperature setting on your thermostat. This is achieved by reducing fluctuations in mean radiant temperature.

Similar to a 3-legged stool, all three are integral for efficient comfort. And just like the stool, take away any one of the three and the stool falls over. The same thing happens to energy saving and comfort in homes when you fail to address each of convection, conduction and radiation.

Before we can solve any potential issues, it is crucial to define and understand this energy trio:

CONVECTION: is heat transferred by moving “fluid” (aka, air). Convection happens because of temperature and density differences in the air. For purposes of efficient comfort, convection refers to air leakage or infiltration/ex-filtration.

CONDUCTION: is heat transferred through solid objects and surfaces in contact with each other (aka, building envelope assemblies such as walls, ceiling, floors and windows). For the purposes of efficient comfort, conduction refers to insulation or R-value.

Convection occurs 24/7/365 in our homes. Warmer air rises to the upper levels of the house and leaks out of cracks, gaps and seams in the ceiling and is lost to the outdoors. This lost air carries with it all of the energy it took to heat, cool, humidify, dehumidify, clean and purify it originally.

Nature abhors a vacuum. So, when air leaks out (ex-filtration), new air must leak in (Infiltration) to make up for the loss. This presents several issues for efficient comfort. Air leaking into the home carries dust, dirt, pollen, allergens and a bunch of other stuff that may not be desirable (aka, “bad air”). To compound the bad air problem, this infiltration is uncontrolled, meaning that it is leaking in from contaminants in the house. Air leaking in must also be “conditioned” (aka, heated, cooled, humidified, etc.). It is a vicious cycle: paying to condition the air that leaks out and then having to pay again to condition the air that leaks in – only to have it leak out over and over again.

Air leaks also present specific seasonal and geo-zone challenges as well. During the winter months, air leaking out (typically into unconditioned attics) carries moisture. This moisture will condense when it comes into contact with cold roof sheathing in the attic creating the potential for problems like mold. This warm air is also the primary cause of damaging ice dams as well. Cold air that is leaking in will immediately expand causing the concentration of water molecules along with it. This will result in a very low relative humidity level in the infiltrated air. The net effect is lowering humidity levels in the homes which translates to both health and comfort issues for the homeowner. And, let’s not forget the obvious challenge: cold air leaking into lower levels of the home usually evidences itself as “cold drafts” which is a common cold weather experience and complaint of homeowners.

During the summer the excessive infiltration can result in high humidity levels, smelly basements, mold and mildew. Hot and humid air is drawn into the home and immediately shrinks. This causes the concentration of water molecules in the air to become denser, resulting in very high relative humidity levels in this infiltrated air. In some circumstances air movements of cooler air dropping to the lower levels in the home can result in bad air from the attic being leaked in at the upper levels of the home.

Generally speaking, when it comes to insulation – more is better. There are exceptions to the Law of Diminishing Returns. Following the Energy Star guidelines by geo-zone is recommended but with the caveat of prioritizing Implementation based on the specific circumstances of each house. Proper evaluation must take into account the locality of the assembly, R-value and effective area relative to other assemblies in the home.

Usually the upper level of a typical home or the ceiling assembly is the top priority.

1) The ceiling in a typical house represents one of the largest effective areas.
2) The temperature difference between the conditioned space and the attic is usually much more extreme than to just the outdoors.
3) Based on Energy Star recommendations, the majority of existing attics are under-insulated. These factors would usually translate into upgrading attic insulation as a priority vs. upgrading wall insulation. Of course, there will be exceptions to every rule.

Radiation is often the forgotten, ignored or generally misunderstood component of heat flow. One of the reasons that thermal radiation is often misunderstood is that it does not require a medium for heat flow to occur like convection or conduction. Convection requires air flow. Conduction requires building assembly surfaces. Radiation occurs due to waves or rays (i.e. the rays of the sun).

The sun acts to heat up the roof of a home virtually all year long. As the construction assembly of the roof heats up, from shingles to the roof sheathing, the temperature of the sheathing will rise significantly above the outdoor ambient temperature. The underside of the roof sheathing can seasonally reach well into the 140-degree to 150-degree range. Regardless of how excessively hot the roof sheathing gets, as soon as it reaches a temperature hotter than the objects below it the circumstances have been set up for thermal radiation to occur.

What To Expect with AtticWise 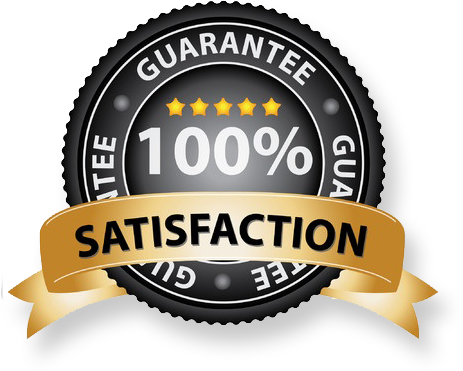 WHAT OUR HAPPY CLIENTS HAD TO SAY
AtticWise™ was the first company I called and I looked no further. Seth was incredibly helpful, he took the time to answer all of my questions and provided great information on the different types of insulation, on what I needed, and what to expect with the installation. The day of installation he arrived on time (a few minutes early actually) and got right to work. I barely heard a sound while he was here and he was done in less than an hour and a half. Before Seth left he had me go up into the attic to see the depth of the insulation; he installed a bit more than was planned but for the same price heâ€™d initially quoted me. When the job was done no mess was left behind, except for the cooler temp in my house (yeah!) there was no indication he’d been here. I would highly recommend AtticWise™ for their prompt installation, excellent customer service, and fair price.
DAWNA PALMER
Excellent! Totally Professional! Efficient and prompt service. Seth accomplished installing needed insulation quickly. Cleanup was completed with attention to details. In just one day, the new insulation lowered temps down to a very comfortable level. Can highly recommend Tom and Seth at AtticWise™ Services!!!
TOM COSTE
Consummate professionals – great job. Our experience with AtticWise™ has been exceptional. They did exactly what they said they would do for the agreed upon price. They were on time and they did a great job. Prior to adding insulation, our house was warm in the afternoon. Now that we have more insulation, we are very comfortable and we have had to turn the AC off because it was too cold in the house – that is a good thing! We are very pleased with the work AtticWise™ provided, and we are considering implementing some additional recommendations they made to help with energy savings. Sincere thanks to the entire AtticWise™ team!
DANIEL BOWEN
On time, passed on Expert knowledge, 100% professional, cost effective and used only highest quality material. From the free quote to and thru the completion of the insulation as well as clean up; they were fabulous. In just one afternoon, I can already feel the difference and the cost savings on the electric bill will pay for itself by the end of this year. I highly recommend AtticWise™ !!
JON RHODES
Your guys were great when they came out; very professional, and cleaned up really well afterward. If you need me to pass this on to someone else, let me know. I know in today’s world, we only hear about things when people are unhappy or complaining about something, so we wanted to make sure we told you it was a pleasure to do business with AtticWise.
PETE & AMANDA
Seth and Matt were amazing. Not only were they less expensive than other companies, they gave unbelievably great service. They went out of their way to fit me in a very tight service window which saved me a lot of money. They were very professional on the phone, gave excellent advice, a quick estimate and emailed it to me immediately. If I had a question and they needed to get back to me, they did so within minutes. They showed up on time, did what they said they would, were pleasant, efficient and clean. In short, I wish everyone did business the way they do. I will use them anytime I need insulation!
DEBORAH HILL
Added insulation to 4,000 sq ft attic. They were on time, cleaned up after themselves, did an excellent job and were pleasant to deal with.
RICHARD BARBIERI
The guys arrived on time (a real treat!), and performed all work as promised, in the time promised, and at the cost promised. They even had me go into the attic and verify the depth of the insulation blown in! I definitely recommend these folks to anyone – including friends!
STEFAN DREGE

“EVERYTHING IS DESIGNED, BUT SOME THINGS ARE DESIGNED WELL.” 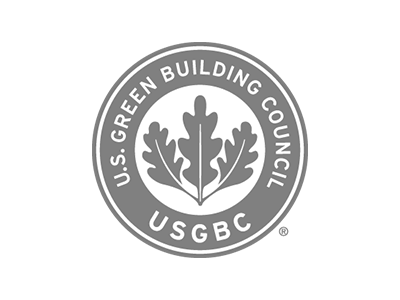 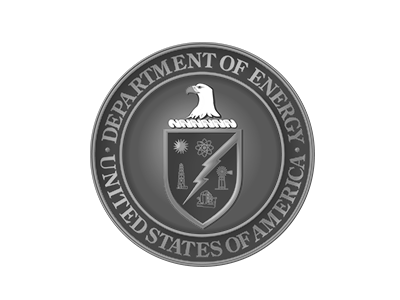 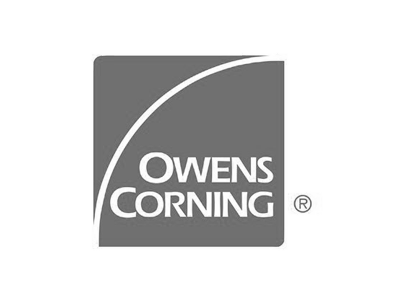 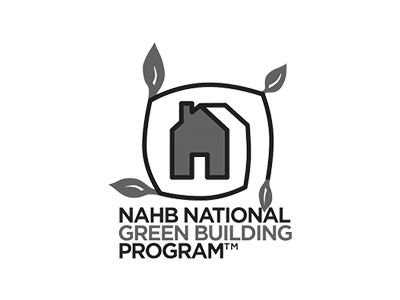 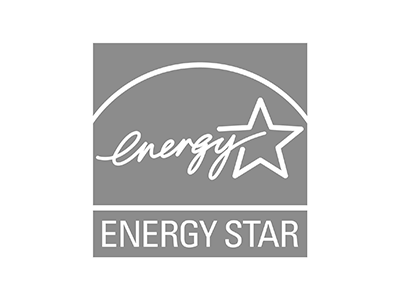 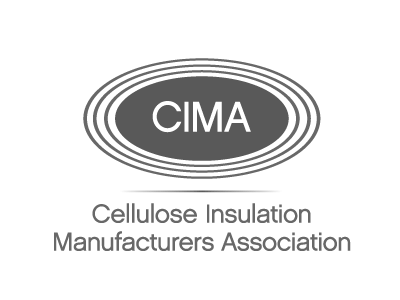